Electric Stove in the 30s.

These days I’ve been so busy, not from doing domestic works, but putting up ads of some toys and gadgets we’re selling, organising catch-ups with friends, preparing some letters of complaints, etc.etc…..well, it’s been one of those times where everything happens at the same time and you have to organise so many things at once.
I was so flat out when I found something really old and interesting.
It’s a little cookbook titled “Cooking on the ” 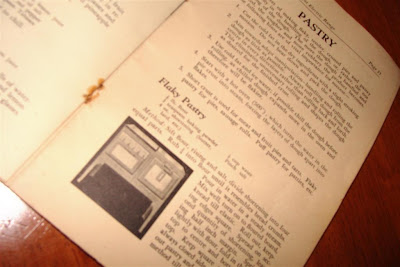 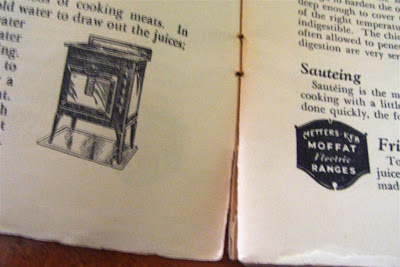 The book was in fairly good condition considering it was left in a box in the outside garden shed for over one year, and god knows where it had been prior to that.
Anyway, when Ian saw the book, he said that it must be from the 50s. Judging from the paper condition, it was a reasonable guess. But the pictures in some pages looked more old-fashioned. 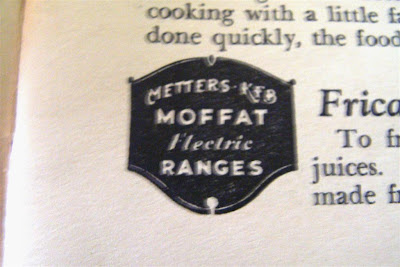 I’d never heard of the name “Moffat” or “Metters KFB”, you know how it’s like. It caught my curiosity and yep, I punched in the keywords “” into Google straight away.
Oh I’m telling you. The information that came up was astonishing.
This was a cast iron electric stove manufactured in Melbourne by an Australian manufacturer called Metters KFB, and this book was published in 1937.
1937?  No fuck'in way!
This company no longer exist. It was taken over by the US firm Email LTD, according to the information on Museum Victoria website. 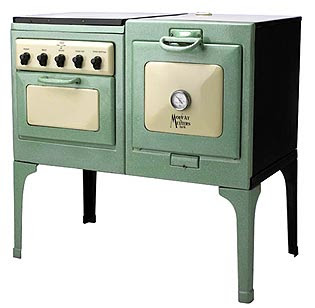 An electric stove, in 1937. That is unbelievable as it is, since not many Australians would've had electricity connection at home back then. - and it's a beautiful stove, isn't it?
It must have been belonged to Ian’s grandma. Wow, she must’ve had a lot of money, eh!
Obviously you can find this book in National Library of Australia, and there I believe, you can find one with the book cover still on it whereas this one we’ve got doesn’t have the cover.
Check out the page with her handwriting on. 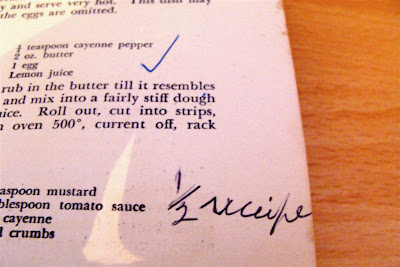 Hey she got “recipe” misspelled!
Posted by Unknown at 5:16 PM

Message from the Administrator

Regardless of the place of your birth or location, we all have something in common (including doggies and cats that maybe scratching your PC screen right now).

Like everyone I have ideas and personality of my own.
I also have my little idiosyncrasies and characteristics, and being Japanese and epileptic are just part of these.

I like reading and writing blogs (see, we already share this in common!) and stories. Looove music and good films.
I work at a shop. Hm, what else?
I play a bit of piano, cornet and recorder.

Feel free to stop by and leave a comment as you wish.