On Saturday Ian took me to a drive to Craigieburn-Bradford-Seymour area. I was a little fluey, and still am, but I was just about fed up with staying inside, so it was a nice change to get out of the city.
I took my digital camera with me in hope of capturing some interesting objects on the way, but it was just a drive. There would've been no chance of stopping in the middle of the road in normal circumstances.
Country scenery is picturesque but sometimes not as impressive in your photos as what you really see.
It could be just me but it seems like a photo doesn’t do much justice unless you are a true genius.

What I was looking for was something ordinary, like traffic sign boards – something you'd see everywhere, but looks different in such places where there’s nothing but a straight-nothing road in the middle of nothing, the landscape with just grass, trees and mountains.

There were few things appealed to me that I failed to take the photos of.

A bent road sign.
A small bridge (from the perfect angle).
A creek so tiny that you could miss quite easily unless you are walking along the road. There was a sign showing the name of it, but our car drove passed too fast that I couldn’t see the sign properly. 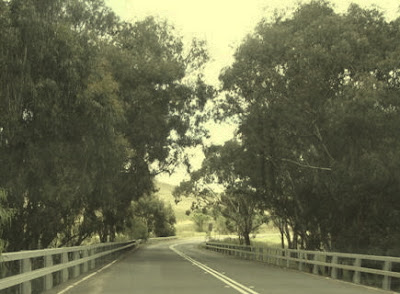 I used to walk along country roads in Japan where cars driving at a top speed just a metre or two away from you, though occasionally.
I probably was a bit mad. I didn’t really care so far as a narrow pedestrian path was there, and there was nobody who told me ‘NO’ back then as I was always travelling by myself.
Freedom was mine.
Long time ago.

But now, there he was telling me ‘no’ preaching me how dangerous it is. I secretly cursed Ian for being over-protective like some parent.

‘Well’, I say to myself, ‘consider yourself lucky to have someone who cares about you.’

There is a reckless child in me who sometimes tries to rebel, whom I chide for her misbehaviour and stubbornness.

The road was quiet.
Ian frowned and ticked his tongue but stopped the car as many times as I turned on my camera (not on the freeway of course), rushing me to do it quick. Sorry for being a bad girl, darl… 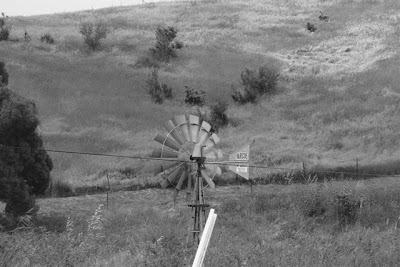 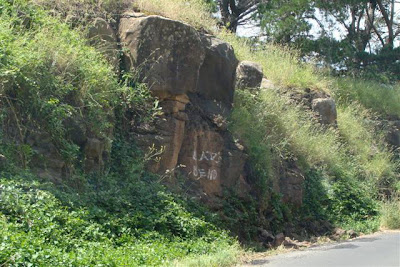 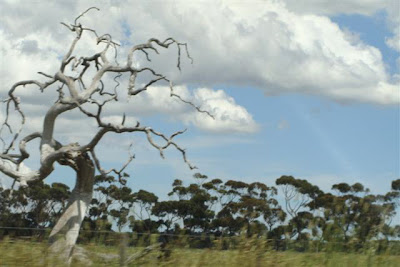 It’s just that things intrigue me.
Nature is beautiful.
And so are you. 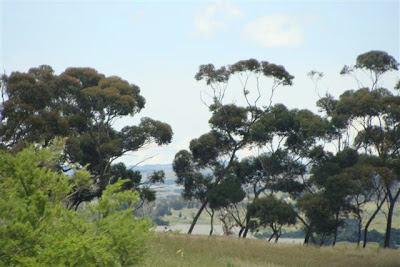 Email ThisBlogThis!Share to TwitterShare to FacebookShare to Pinterest
Labels: Special events and holidays

Message from the Administrator

Regardless of the place of your birth or location, we all have something in common (including doggies and cats that maybe scratching your PC screen right now).

Like everyone I have ideas and personality of my own.
I also have my little idiosyncrasies and characteristics, and being Japanese and epileptic are just part of these.

I like reading and writing blogs (see, we already share this in common!) and stories. Looove music and good films.
I work at a shop. Hm, what else?
I play a bit of piano, cornet and recorder.

Feel free to stop by and leave a comment as you wish.